Road Rage Industries have been Using FW1 Detailing products for many years now. Not only on their Classic and Rare Vehicles stocked but also on their personal vehicles and very own Race Car!

The ease of use and High Quality of FW1 Fastwax has always been second to none and since its inception in the pit lanes of Nascar in the US over 20 years ago; it’s been a long time secret of racing professionals everywhere!

We are extremely pleased to be partnering with Shaun Richardson and Road Rage Industries as they are Australia’s leading Importer of American Vehicles with themselves having over 20 years in the industry. They go above and beyond the competition, giving you the best possible experience. They can source a vehicle for you direct from America using their own network of specialist vehicle locators and inspectors.

Don’t just take our word for it. Check them out for yourself!

Shaun has travelled the world racing in almost every formula out there from Touring Cars to NASCAR and also Stadium Super Truck, he also does regular stunt work for movies and television as well as building props and vehicles for TV and Film such as Power Rangers, Top Gear, Shortland Street and The Grand Tour to name a few.

We would also like to Congratulate Shaun and the RTC Racing for taking out the series win in his TA-2 Trans Am Dodge Challenger at the Townsville Tin Tops support category for the V8 Super Cars in August. 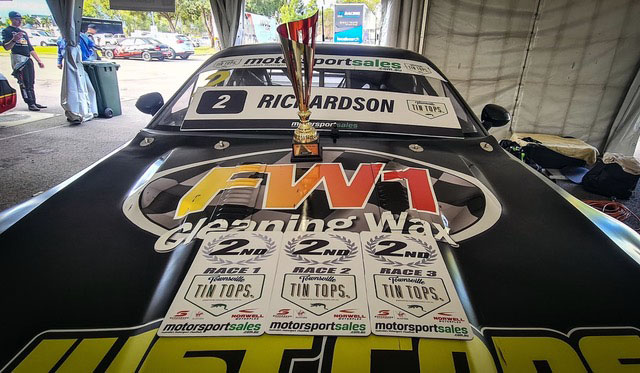 Don’t forget to like and follow FW1 and Road Rage Industries on social media for product updates and some seriously cool cars!

We look forward to seeing what the future holds.